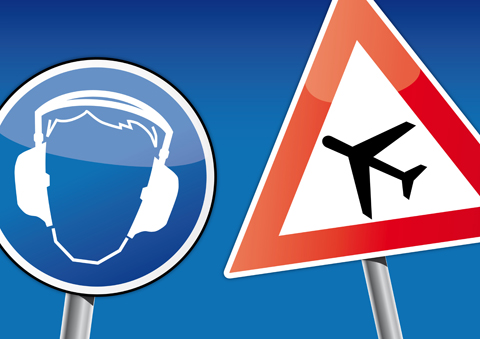 With the amount of complaints from residents and airplane noise due to the new NextGen flight paths, Senators Dianne Feinstein and Barbara Boxer recently sent a letter to FAA Administrator Michael Huerta expressing concerns over the amount of noise and its impact it has had with numerous communities in Northern and Southern California.

The letter asks for Huerta to consider other alternatives and do more research and look for remedies that could aid in lowering noise levels in the communities that are being affected.

Since NextGen began its new flight patterns in March, 2016, the FAA along with numerous political leaders have received thousands of complaints about the increased noise that many times has shaken numerous communities.

Many residents have united in different communities in and out of California to combat the noise, with a local organization called Save Our Skies Santa Cruz being a leader in organizing meetings and assisting residents with how to and where to submit their complaints. Their Facebook page can be found and followed at www.facebook.com/SaveOurSkiesSantaCruz. 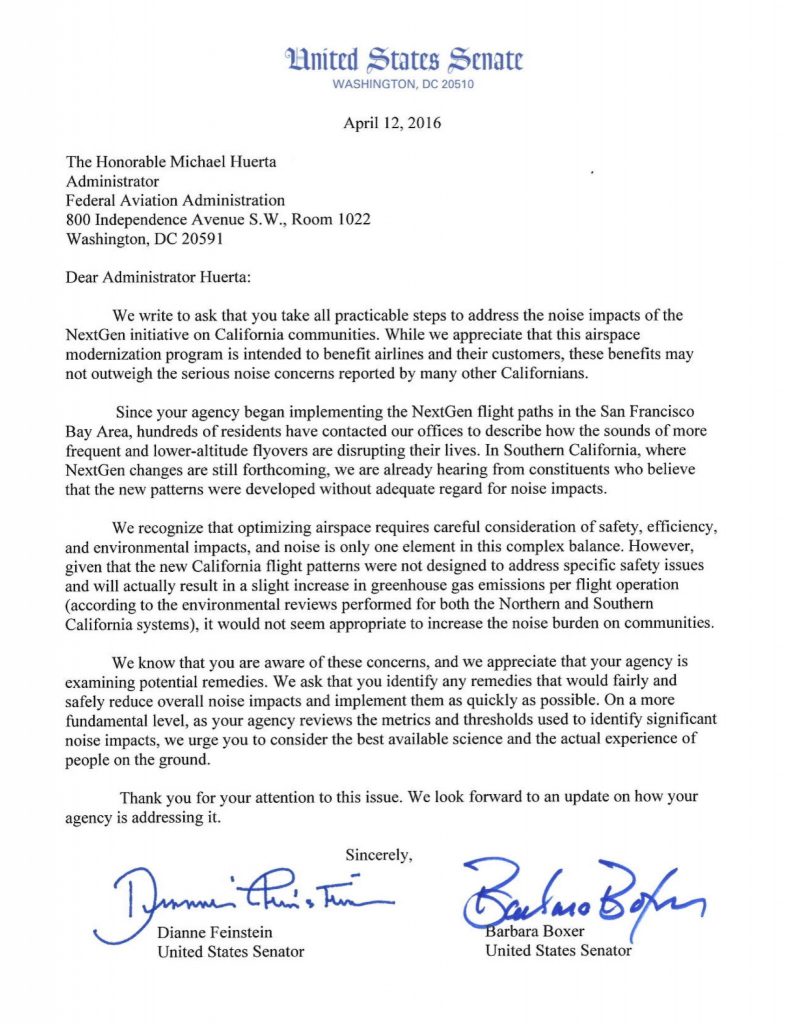