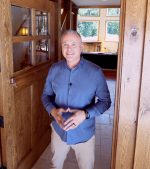 • Read 60+ “5 Star” Reviews from your friends and neighbors at: www.robertaldana.com/testimonials

Go To Property Investments is located in Scotts Valley, California. This organization primarily operates in the Investment Advice business/industry within the Security & Commodity Brokers, Dealers, Exchanges & Services sector. This organization has been operating for approximately 2 years.