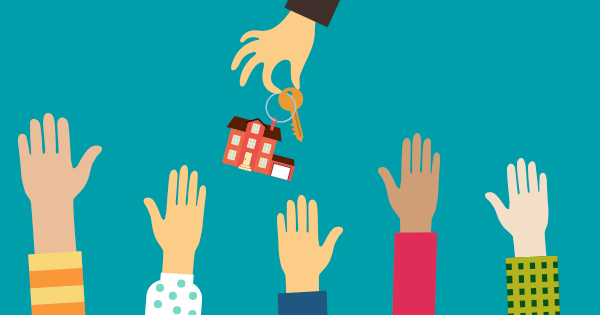 I always say that if you want to predict the future, take a look at the past. As the real estate market heated up right after the Super Bowl and through the end of May, only to see a slow-down in June all the way through August and into September, then see it heat up yet again as we headed into the 4th quarter, it was a predictable trend. All you had to do was look at past patterns to figure out that what we have seen this year at different times is really what has been happening for years, with a few fluctuations here and there. So when people ask me for my predictions of what the market will do, I tend to look at the past and do a pulse of the local economy and job reports, and make my predictions from there. Of course, there are other factors that I look at like the shortage of housing and in Silicon Valley, as that market plays a key role in what our market is doing here. More on that later.

Just study the market and make adjustments where needed to figure out what is to come. And the fact is, the market is doing what many thought it would be doing, with one exception: I had predicted that 2016 was the last hurrah in terms of how hot the market was and although I saw a strong market in 2017, I did not see it being hotter this year than last year. But it was.

In other words, I saw it as being a strong market in 2017, I just thought that it would come close to 2016 but not surpass it.

This year has been a remarkable year for home sellers, its a different story for home buyers of course. 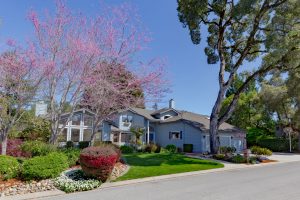 This Scotts Valley home at 105 Kirokorian sold for $176,000 over asking. Click on image for more info.

THE NUMBERS
In the first three quarters of 2017, home sellers received 100.3% of asking price for single family homes in Scotts Valley. On average, home sellers got an average of $3,172 over asking price, which is not that big of a difference.

Except that during the same time in 2016, during the first three quarters of the year, home sellers got 98.5% of asking price on average (averaging $14,183 less than asking) which is 1.8% higher in LP vs SP ratio this year vs last year. With an average sales price of $972,576, that is a combined swing of $17,355 higher in asking price versus sales price then the year before. That is not how much they increased in price, it is how much higher home sellers got versus their asking price on average this year versus last year.

The average days on market this year has been 37 days, which just 3 days less than the 40 DOM of 2016 for single family homes in Scotts Valley. 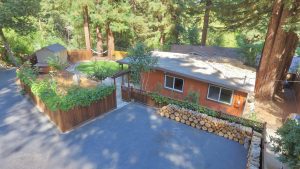 This Felton home sold for $61,000 over asking price. Click on image for more info.

COOLER WEATHER WILL SEE HOTTER MARKET – SAN JOSE HOTTEST IN USA
Amazingly enough, the hottest quarter of 2016 in Scotts Valley was in fact the 4th quarter as it averaged 101.6% of asking price and I have to think that we will see much of the same for the final quarter of 2017. But not just because it happened last year, that is just part of the story.

Recently, an article was written by REALTOR.com that highlighted “America’s 20 Hottest Markets for Real Estate in September 2017” and the number one hottest market was just over the hill, San Jose. In fact, #2 was San Francisco and #3 was Vallejo. The top 3 hottest markets in the country just last month are in the Bay Area with our neighbors just over the hill crowned as the hottest.

But think about what “HOTTEST” means. It means more buyers than there are sellers, multiple offers, and skyrocketing appreciation. Add the fact that Apple, Google, and Facebook are hiring by the thousands, and people hove no place to buy as they can’t build homes fast enough. This is why you will see a continued surge of buyers coming from Silicon Valley the rest of this year and into next year.

But here is something else to ponder: As I have done numerous open houses on my listings, I have had quite a bit of people coming from over the hill and when I ask these buyers why they are choosing Scotts Valley or this area, many are telling me that their actual employers are encouraging them to come here because they have buses for them to take them to and from work. They are being directed to this area. Throw in the great schools, lower crime rates of Scotts Valley, parks, amenities, the beach within minutes, along with the market activity over the hill and this continues to be a highly desired destination.

I hate to tell you, but I see no end of this type of activity as far as I can see forward.

So hold on to your hats, its about to get even hotter as the weather gets cooler.

Robert Aldana is a 30+ year licensed real estate veteran with Keller Williams Realty, and also a long-term resident and homeowner here in town. He is the founder of MyScottsValley.com and the popular local news and events page at Facebook.com/MyScottsValley.