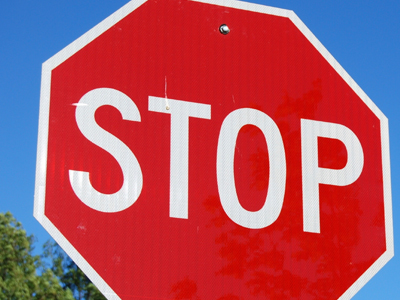 The studies have been completed and the final report has been released showing that there is no need for a stop sign or signal lights on Glenwood Drive where it intersects with Casa Way and Kerry Court. The stop signs were removed in the first week of March, 2014 after the city council had voted to have them removed at a city council meeting on February 19th, which drew a larger than normal crowd at the council chamber of opponents and proponents for the sign removal.

Residents of Casa Way, Hacienda Drive and surrounding neighborhoods were complaining that traffic to and from the school was becoming dangerous as many drivers were going into neighborhoods at dangerous speeds and at levels that the streets were not built to withstand. A lot of the traffic, according to residents was attributed to the four-way stop sign.

Residents of Kerry Court were against the sign removal because they feared that they would not have a safe method of getting out of their court and onto Glenwood Drive and some residents on Glenwood Drive were fearing that the removal of the stop signs would lead to speeding along Glenwood Drive.

The study and report however concluded that the amount of traffic and speeds that were monitored in the survey did not warrant either a four-way stop sign, or traffic signals.

More information will be given at the Scotts Valley City Council Meeting taking place this evening, May 7th at 6pm at: